IN WAKE OF SKATE BOARD DAMAGES, SUPPORT GROWS FOR SKATE PARK

San Francisco's Pier Seven looks like a busy rock quarry whose workers wield skateboard pick-axes as they fly through the air doing tricks that bring the board's metal axles chiselling down onto concrete blocks intended as benches. The cost to the city for this bit of fun? $70,000.

The new library's marble benches and railings are also a popular place for youth to hammer away, often striking the nerves of older residents.

To avert further damage and soothe frayed nerves, the city is looking at building a skate board park where youth can go and harmlessly flail away.

At a meeting last week organized by Supervisor Michael Yaki, both skaters and residents voiced their concerns. 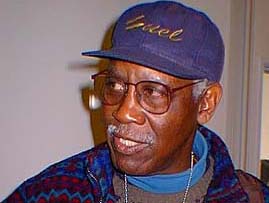 said he has tried to talk with skaters in front of the library. "I said, 'Hey what are you doing? Can't you see you're damaging the library?'" he said.

But apparently the youthful skaters were unmoved by his words.

Marble benches have been damaged along the Larkin Street side of the library where Yaki says the costs have not yet been assessed.

Police Captain Heather Fong said that she has policed skating for a decade on the Embarcadero and knows all of the problems. She sees both sides.

She said skaters do all kinds of daredevil tricks with amazing dexterity down hills and in between cars. Skaters, she said, take a lot of risks.

She also knows of the property damage that skate boarders do. "Merchants and business owners," Fong said, "have had to hire security, and they've had to spend money to repair their property."

Embarcadero resident Norman Brand doesn't like the damage. "Pier Seven is the worst place for damage and graffiti," Brand said. But he also said that skateboarding makes it unsafe for pedestrians. "I was nearly hit by a flying skateboard..."

Police can issue citations for skateboarding but enforcement has been lax. "Skateboarding is illegal on the Embarcadero, but there's no enforcement," Brand said.

So what's to be done about the problem? Views differ. 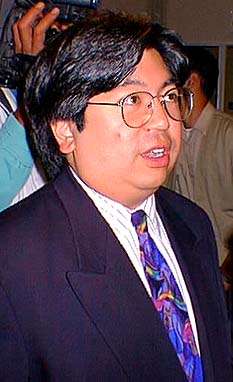 said he doesn't think the city should spend its money chasing down skate boarders with the police. "Putting somebody in jail for skateboarding is not good," he said.

Fong said that it costs the city $50,000 a year to hire one full-time police officer to police skating.

"The city should consider its part and build a park where skaters and spectators can enjoy," Fong said.

San Francisco's Board of Supervisors is trying to find the right spot for a skate park--a location that will divert skaters from damaging other areas. And the board is looking to the skate community for suggestions. a skate board shop owner in the city, agrees with most that the park needs to be centrally located. "The number one issue is safety," Uyehara said, "but it also needs to be accessible; otherwise kids wont be able to get to it and skate it."

Tommy Guerrero, the "Magic Johnson" of skateboarders--a skate board professional of international renown--emphasized the need for a park. "The kids need somewhere to go to skate," he said.

But Park Director Daniel Perez says the park must now find a new location, since it must be removed when classes begin at James Denman School on August 26.

There is talk of moving the park to Pier Seven and Civic Center, the two areas where skaters have done the most damage.

Kevin Thatcher, publisher of "Thrasher" and "Slap," two of the largest skateboard magazines, brought skate park designs to the hearing. He is rumored to be the designer the city has picked for a new skate park.

"There could be a lot better designs than Pier Seven that would draw skaters away from Pier Seven," Thatcher said.

With the mayor backing a new park, the hearings before the board may be a mere formality. "I used to skate with Willie Brown's son way back, so I know that he's down for the cause," Guerrero said.

Moreover, funding appears to be available. Supervisor Ammiano said the city could afford as much as $30,000 for a skate park. 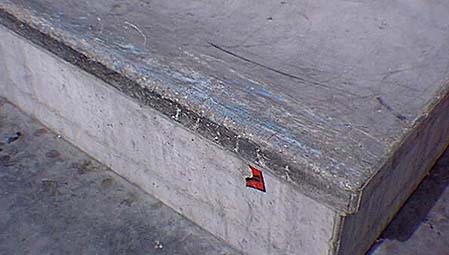